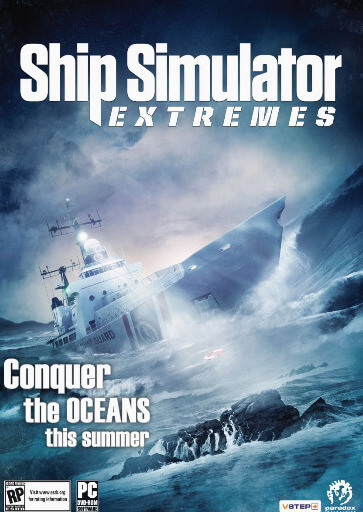 Additions to the game include new locations around the world from cold Antarctica to warm Bora Bora as well as new ships (including official licensed Greenpeace vessels) and new dynamic and more realistic weather and water systems. Most vessels from Ship Simulator 2008 are also part of the choice of ships. The cruise ship "Ocean Star" from Ship Simulator 2006/2008 is also included, except outside colors have changed and the name changed to "Orient Star". Vessels have more usable controls and more realistic ones, unlike Ship Simulator 2008 in which only the whistle, binoculars, thrust, rudder and thrusters (if applicable on the vessel) are usable, although you can listen to the ship's radio but not send out calls. Sinking dynamics and physics have also improved in Ship Simulator Extremes. Also unlike Ship Simulator 2008, you can launch lifeboats/motorboats off a suitably vessel. Following a campaign by members of their growing fanbase, VSTEP agreed to include the ports of Dover and Calais (in one environment).