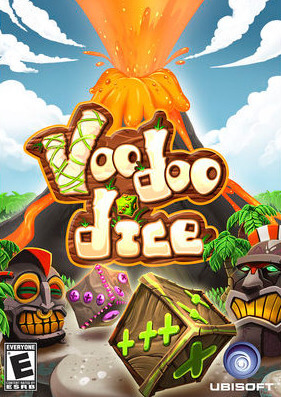 Voodoo Dice is an action puzzle game produced by French studio Exkee and distributed by Ubisoft on Xbox Live Arcade, PlayStation Network, and WiiWare. The game was released on 27 May 2010. In Voodoo Dice, the player rolls dice through a path containing barriers, switches, conveyors and trap doors. The game consists of 60 single-player levels and 20 multiplayer levels. There are four multiplayer play modes (arcade, race mode, flag mode, tactic mode). In single-player mode, you must finish each level within a set time limit in order to win achievements.