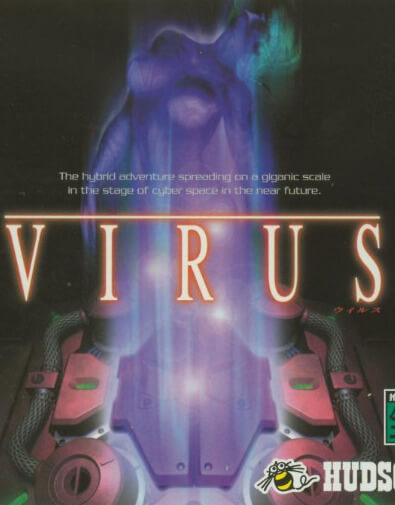 Virus: The Game is a strategy/action video game developed by Israeli studio Kidum Multimedia and published by Sir-Tech. The game levels take place in the user's hard drive, with files and directories being represented by 3D rooms through which the player navigates.

The objective is to battle against 'viruses' that invade the user's directory structure and files. The game and its advertisement included warnings reminding the player that "it's just a game," and that the game is not actually causing harm to the computer's files. The user's graphic files are used as the wall texture and sound files are used as the background music.

The critical reception was generally negative. GameSpot claimed that "Virus has all the appearances of a game that underwent numerous design changes but never really came together."

Next Generation reviewed the PC version of the game, rating it two stars out of five, and stated that "it's almost unplayable. Add another star if you find the patch."

A quasi-viral advertisement campaign for the game was started—one of the first of its kind. The advertisement, named Russ, was viewed in the form of a downloaded .exe file. When the file was run, a full screen representation of the desktop appeared. The software then began simulating deletion of the Windows folder. When this process was complete, a message was slowly typed on screen saying "Thank god this is only a game." A screen with the purchase information appeared on screen and then returned to the desktop. No damage was done to the computer during the advertisement. This advertisement was not well received, most likely due to the scareware tactic involved.