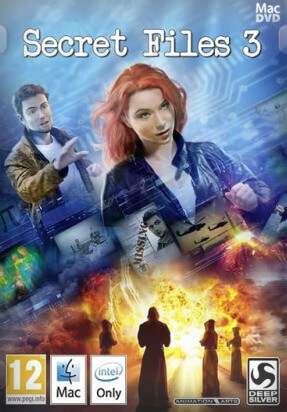 The dream couple Max and Nina have announced their forthcoming wedding...but at the beginning of Secret Files 3 the event falls apart! Max is arrested by Berlin‘s policeforce. The accusation: terrorism.

Nina‘s biggest adventure yet awaits her in the franchise‘s third game. Could it be possible that everything is connected to the happenings in Tunguska? Is humankind depending on her?

Can she save Max or is fate more important than her happiness? Throughout the story players will experience a cinematic hunt crossing all continents, with many riddles waiting to be solved.

Secret Files 3 received mixed to negative reviews. It received an aggregated score of 45.00% based on 2 reviews on GameRankings and 67/100 based on 14 reviews on Metacritic.

In 2013, a sequel was released for Microsoft Windows, iOS and Android called Secret Files: Sam Peters.