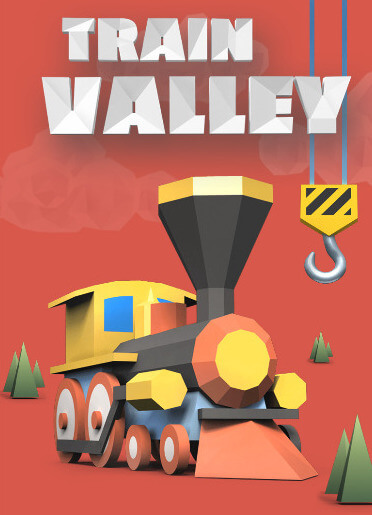 Train Valley is a puzzle-strategy train simulator video game developed by Flazm, released on September 16, 2015. It is available for download on Steam and iOS. A sequel, titled Train Valley 2, was released on March 29, 2018.

The player needs to build railways in order to connect cities. Rails are cheap, except when demolishing houses or other objects. The player has to manage increasing traffic by constructing crossroads and switches. Every level has three advanced objectives, such as "do not stop trains" or "do not destroy tracks". There are 4 chapters in the base game – Europe (in the time period of 1830–1980), America (1840–1960), USSR (1880–1980) and Japan (1900–2020), with a fifth, Germany (1880–2020), as downloadable content (DLC). All chapters have 6 levels, for a total of 24 levels, plus 6 more in the Germany DLC, bringing the total number of levels to 30.

Development for Train Valley started in April 2012. At the end of 2013 they showed the game at game conferences and collected user feedback. In November 2014 the game became the winner in the "Family Friendly Game" category at Casual Connect Belgrade. During the Steam Greenlight campaign in August 2014, they got support from over 10,000 players. They then added a new sandbox mode, without money or time limits.

The game received mixed reviews on Metacritic. Reviewers liked the idea of placing players in different time periods and locations, but the challenge set up was always the same. Train Valley was praised for being a game that was easy to learn but hard to master, but it didn't give enough to the gaming genre to imprint a mark. The game was said to be both frustrating and addictive, but also incredibly rewarding.