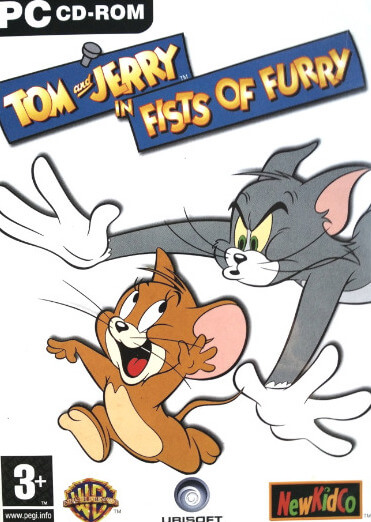 Tom and Jerry in Fists of Furry Download PC

Tom and Jerry in Fists of Furry is a fighting video game for the Nintendo 64 and Microsoft Windows that was published by NewKidCo (Ubi Soft in PAL region) and developed by VIS Interactive.

Tom and Jerry in Fist of Furry features over 8 levels which each contain themes like the kitchen from the cartoon and a boxing ring. Players interact with the environment in this game (i.e. usable objects like chairs, pool cues and bombs are scattered around each level) and there is a lot of slapstick like gameplay involved. Each of the game's eight characters have their own unique attacks. Powerups are also found throughout the game such as a powerup which makes the player invincible to items (but not to punches or the stage hazards), or a green gas powerup which can contaminate a touched opponent.

Besides Tom and Jerry, the game contains other characters from the television series such as Butch Cat, Duckling (Quacker), Nibbles (Tuffy) and Spike and Tyke.

Ryan Davis of GameSpot called Tom and Jerry in Fists of Fury challenging but also accessible to younger players. Davis praised the game's controls but he also criticized the game's difficulty balance.

N64 Magazine criticized Tom and Jerry in Fists of Furry as a whole in particular due to the lack of special attacks and mundane attacks that are in the game. They did however write that the characters were not drawn that bad and that the locations in the game from the cartoons were a plus.

Nintendo Power gave the game an 8.3 rating and said it was the best 3D Nintendo 64 fighting game. In particular, Nintendo Power cited the multiplayer elements, interactive fighting environments, and precision controls as reasons for the positive rating.

In 2002, Tom and Jerry in War of the Whiskers was released for the PlayStation 2, GameCube and Xbox (though the latter two were North American exclusives). It was the only NewKidCo game ever released to receive a T rating.

Tom and Jerry in Fists of Furry System Requirements

The Night of the Rabbit
hit
upd
new