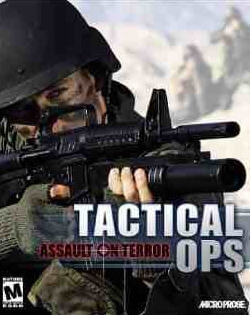 The game was developed by Kamehan Studios, the last version being 3.4.0.

Tactical Ops is generally considered a combination of gameplay features of Counter-Strike and Unreal Tournament. Some praised Tactical Ops for its improved graphics, due mainly to the superiority of the Unreal engine over the aging Goldsrc engine used for Half-Life. Nonetheless, there was criticism that many maps were empty and undetailed. There were only three player models in the initial version, with skins being used to distinguish between different special forces and terrorists. Many leagues and tournaments have been created.