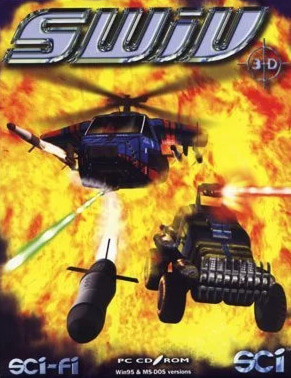 SWIV 3D (also known as SWIV 3D Assault) is a 3D video game remake of SWIV developed and published by Sales Curve Interactive in 1996. It is the last game in the Silkworm/SWIV series and the only game of the series to use a voxel-based 3D engine.

In SWIV 3D the player must pilot a helicopter navigating through a series of landscapes destroying buildings to fulfil mission goals. There are also opportunities to use an armoured Jeep.

SCi attempted to license some tracks by Hallucinogen for the soundtrack, but due to a difficulty with getting royalties cleared they were not able to secure the license in time for the game's release.

In early 1997 Interplay Productions bought the U.S. publishing rights for the game from Sales Curve, intending to publish the game for the PlayStation in June 1997. However, this version of the game was never released.