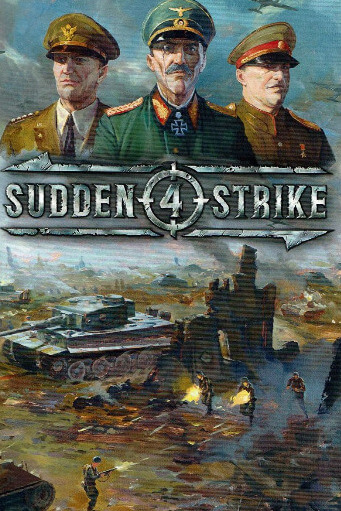 Sudden Strike 4 is a real-time tactics video game set in the European theatre of World War II. It is the fifth game in the Sudden Strike series and the fourth standalone release. It is the first game developed by Kite Games, a collaboration of industry veteran game developers. Originally, it was scheduled to be released for PC and PlayStation 4 on June 27, 2017; but was delayed until August 11, 2017 and August 15, 2017 for PC and PlayStation 4, respectively.

Strategy is heavily based on those of its predecessors with a focus on the unique characteristics and skills of limited units instead of resource gathering and base building. Reinforcements will still play a role in the game, but they are scripted and predictable. The game will also introduce skill trees and commander roles with famous World War II generals such as George Patton, Heinz Guderian, Bernard Montgomery or Georgy Zhukov.