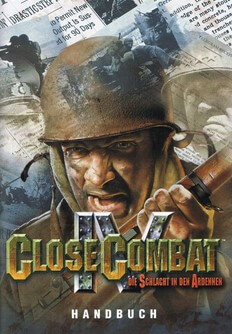 Close Combat IV was a finalist for Computer Games Strategy Plus's 1999 "Wargame of the Year" prize, although it lost to Panzer Campaigns I: Smolensk '41. The editors wrote of Close Combat IV, "Atomic Games’ innovative series finds a new home but retains its high-quality gameplay." The game was also a runner-up for Computer Gaming World's 1999 "Wargame of the Year" award, which ultimately went to Sid Meier's Antietam! The editors wrote that Close Combat IV was Antietam!'s only "serious competition" for the award, but was hampered by "AI quirks and mysteriously reincarnating units".

(0) Comments on "Close Combat 4: Battle of the Bulge Full Version"