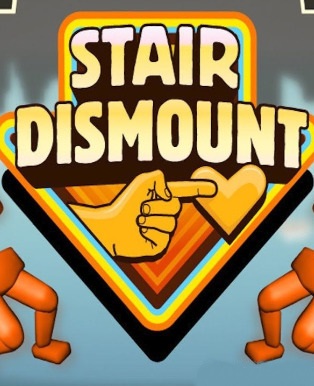 Stair Dismount (Finnish: Porrasturvat) is a puzzle video game originally made by Jetro Lauha of tAAt but later developed and published by Secret Exit.

The goal of Stair Dismount is to maximise the damage done to a 3D stickman figure; the player causes damage by applying a force to the figure to make it fall down a staircase.

The stick figure's falls are accompanied by various sound effects—cracks, wails and groans—as it makes its way to the bottom. Stair Dismount uses ragdoll physics for its characters.

The game was first published in Assembly 2002, where it won the first prize in the game development competition.

Stair Dismount for iPhone and iPod touch was released on 25 November 2009 (originally announced as Stair Dismount Touch). Later it has been modified to be an "Universal" build to add support for iPad. Subsequently, it has also been released for Android devices in June 2011.