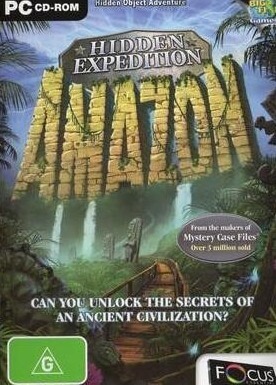 Hidden Expedition: Amazon was released on June 20, 2008 for Windows. Two years after, on April 2, 2010, a version was released for iOS devices, including the iPad, iPhone, and iPod Touch. This version adds a multi-player mode, allowing two players to compete against each other in a split-screen mode and integrates OpenFeint's award system. The vice president of Big Fish Games Studios, Patrict Wylie, stated that these changes "transforms the device into a modern board game". A black and white version for Amazon Kindle followed on July 28, 2011. It is also available on Kindle.

In this entry in the series, the player assumes the role of a member of the Hidden Expedition Adventure Club who goes to look some folks who went missing in the Amazon, including your friend and a biologist. The game's music and sound effects were produced by SomaTone Interactive Audio.

The iOS versions of the game were selected as a free "Pick of the Week" by Starbucks on October 30, 2012, meaning Starbucks gave away free cards that could be used to purchase the game in the Apple App Store.

All games from the serie "Hidden Expedition"