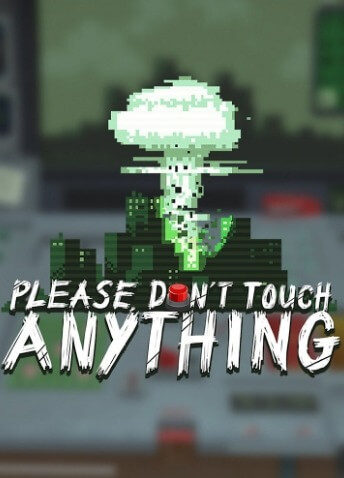 It received mixed to positive reception from critics who praised its original concept but criticized its small scope.

The player assumes control of the game's main character, who is locked in a mysterious room when their colleague goes for a bathroom break. There is a control panel in front of them, which, despite orders not to touch, they are expected to interfere with to progress the game. The player must study the instructional poster in the room to figure out how to manipulate the panel, and different combinations of actions can unlock a large number of different endings.

The potential endings of the game vary widely, from humorous to the Eye of Providence staring back at you.

The original PC version of the game received mixed to positive reception, with an aggregate score of 75/100 on Metacritic. The iOS version had a similar score of 76/100.

Tyler Wilde of PC Gamer called it an "enjoyable little puzzle box" but "not meaningful", saying that he wished its narrative were more "interesting", similar to games such as Papers, Please or The Stanley Parable.

Rob Rich of Gamezebo said the art style was "pleasant" but the puzzles were "obtuse" and there was "hardly any meat to the gameplay".

Jed Whitaker of Destructoid said the VR remake was a "steal" for the price and that it would make players "laugh and jump".