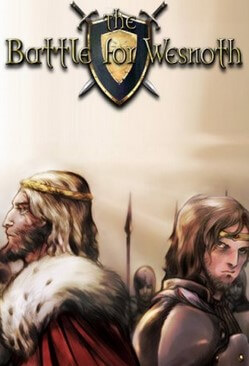 Download The Battle for Wesnoth Free for PC Torrent

The Battle for Wesnoth is a turn-based strategy video game with a fantasy setting, designed by Australian developer David White and first released in June 2003. In Wesnoth, the player attempts to build a powerful army by controlling villages and defeating enemies for experience. The game is loosely based on the Sega Genesis games Master of Monsters and Warsong.

The Battle for Wesnoth is free software, available under the GPLv2 license in source form and for a variety of computer operating systems.

The Battle for Wesnoth is a turn-based wargame played on a hex map. The strategy of battle involves trying to fight on favorable terrain, at a favorable time of day, and, if possible, with units that are strong or well suited against the enemies. Other concerns are capturing villages that produce gold for unit recruitment, and positioning units to restrict enemy movement. Games of Wesnoth come both in the form of single-player campaigns and multiplayer matches.

Each unit in Wesnoth has its own strengths and weaknesses. A unit's defense (which means in this case dodge chance) is based on the terrain it stands on. Elves, for example, are difficult to hit when fighting in a forest. Different types of attacks (melee and ranged), weapon types (pierce, blade, impact, arcane, cold, and fire), and a day-night cycle that alternately favors lawful and chaotic units, alter the amount of damage a unit deals. Throughout the campaigns, units can advance to higher level counterparts and become more powerful.

A central design philosophy of the game is the KISS principle; for a new idea to be accepted, it should not complicate gameplay. Another important facet of the game is randomness and its manipulation: it is never certain a unit's attack will fail or succeed, only likely or unlikely. Developers have stated that the potential for a skirmish to go better or worse than expected adds excitement, replayability and strategic depth to the game.

The Battle for Wesnoth takes place in a world populated by Tolkienesque races such as humans, elves, dwarves, orcs, and trolls, as well as Wesnoth-specific races such as dragon-like Drakes, which are creatures distantly related to dragons, but are bipedal, have an organized, albeit warlike, culture, and are only about 10 feet tall. Campaign stories span the history and geography of the world, but most focus on the eponymous human kingdom of Wesnoth, which suffers frequent invasions of orcish raiders and the undead.

The name Wesnoth was originally developed by the game's creator as a combination of syllables that he thought would sound good as a name for a fantasy land. When the project became larger and more elaborate, the developers created a fictional etymology for the name: the inhabitants of the land of Wesnoth came from the West and North, giving Westnorth, which eventually evolved to Wesnoth. This etymology is explained in the campaign The Rise of Wesnoth.

The Battle for Wesnoth System Requirements

(0) Comments on "The Battle for Wesnoth Full Version"