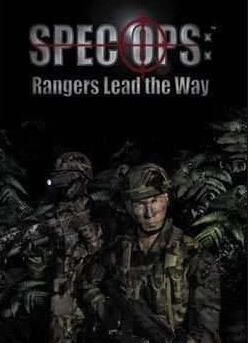 Spec Ops: Rangers Lead The Way (Spec Ops: Ranger Assault in Europe) is a tactical shooter video game developed by Zombie Studios and published by Ripcord Games exclusively for Microsoft Windows. Players take control of United States Army Rangers; the game's subtitle is the Ranger motto. It is the first game in the Spec Ops series.

Spec Ops: Rangers Lead the Way was designed to be more of a simulation than previous video games involving the control of ground forces. The developers chose the United States Army Rangers as the subject because of their dangerous missions, aggressive combat tactics, and high casualty rates.

Originally the game was to be published for both Windows and PlayStation by BMG Interactive. The PlayStation version was to stream data in order to eliminate load times and utilize true 3D-clipping in order to eliminate tearing in polygonal seams. Spec Ops: Rangers Lead the Way was also originally planned to have no music. BMG executive producer Mike Suarez commented, "Why waste money on a CD-quality soundtrack? We're focusing on what's more critical to the gameplay and giving it a production value that more than makes up for the absence of music."

Next Generation reviewed the PC version of the game, rating it four stars out of five, and stated that "this game is a gem. Ultimately, Spec Ops succeeds at delivering the tension and excitement of a true Army Ranger mission."

The game received an average score of 76.50% at GameRankings, based on an aggregate of 2 reviews.

Spec Ops: Ranger Team Bravo is an expansion pack developed by Zombie Studios and was published by Ripcord Games. The expansion launched exclusively on the Microsoft Windows platform on September 30, 1998. The add-on features three new campaigns in Bosnia, Vietnam, and Iraq, and a multiplayer module.

The game received an average score of 59.25% at GameRankings, based on an aggregate of 4 reviews.