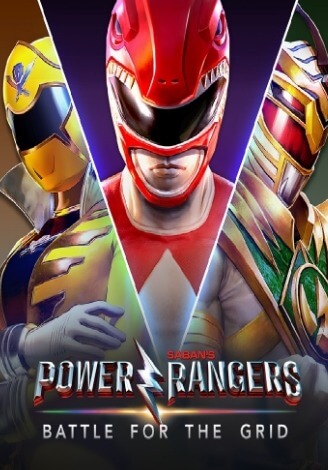 Power Rangers: Battle for the Grid is a fighting game created by San Francisco-based game developer nWay, featuring characters from the Power Rangers franchise. It was released digitally for Xbox One and Nintendo Switch on March 26, 2019, for PlayStation 4 on April 2, 2019, and for Microsoft Windows on September 24, 2019. The game will appear as a launch title for Google Stadia in November 2019. From June 10, 2019 to July 8, 2019, Limited Run Games took pre-orders for a standard physical release on the Switch and PlayStation 4 alongside a more expensive Mega Edition. The physical releases are expected to ship by November 2019. It was also announced by Limited Run Games that a limited supply of the standard physical release will also hit brick and mortar stores with an alternate game cover from the pre-order.

Power Rangers: Battle for the Grid is a fighting game in which players compete in battle using characters with different fighting styles and special attacks. Players select teams of three characters to engage in one-on-one combat, and can choose to switch between them at any point during the match. When all three opposing teammates have been eliminated a Victory is declared. Ultra attacks can also be performed, calling on Megazords to assist with the battle.

Ranked Online, Arcade, Versus, Casual Online, Training and Tutorial modes were available at the game's launch. A story mode, loosely based on the "Shattered Grid" storyline and written by Boom! Studios Power Rangers comic book writer Kyle Higgins, was added to the game in April 2019 along with three additional characters, voice acting and two new stages. Mighty Morphin Power Rangers actors Jason David Frank, Austin St. John, David J. Fielding and Kerrigan Mahan reprise their respective roles as Tommy Oliver/Lord Drakkon, Jason Lee Scott, Zordon and Goldar. An update in July 2019 added three characters via the first Season Pass, and additional features such as cross-platform play between the Nintendo Switch, Xbox One and Windows versions of the game. A second season pass was announced alongside the game's Windows release.

(0) Comments on "Power Rangers: Battle for the Grid Full Version"