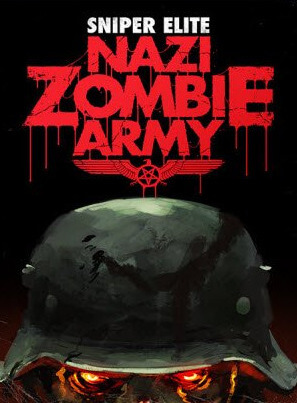 A separate stand-alone title called Sniper Elite: Nazi Zombie Army was released following V2 on 28 February 2013 as a standalone expansion. It was initially available as a digital download through Steam; it was supposed to get a retail release but with no publisher for the title, and has not been released on consoles. The game is also developed by Rebellion and built from the same engine and template as V2, features the same mechanics and gameplay yet presents completely separate game modes (both single and multiplayer). The premise is that during the final days of World War II, with the German army close to defeat, Adolf Hitler deploys a last resort plan to raise the fallen as zombies through occult rituals and turn them against Allied forces, causing Germany to be overrun with the undead. The game features a series of campaign missions that can be played in single-player mode, or with up to four players in online co-op. The level structure has been compared to the Left 4 Dead series, involving missions with specific objectives requiring players to fight their way through levels containing various types of enemy zombie. Checkpoints break up each campaign with safe houses, allowing players to stock up on weapons and ammunition.