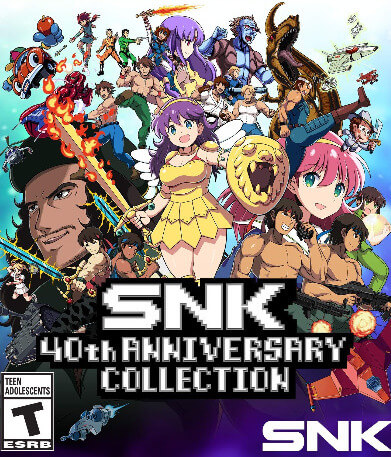 SNK 40th Anniversary Collection is a video game compilation developed by Digital Eclipse consisting of arcade and console games published by SNK between 1979 and 1990. The collection was released for the Nintendo Switch in 2018, PlayStation 4 on March 19, 2019, Xbox One on May 3, 2019., and Steam on July 7, 2019.

The collection includes 24 games (25 on Xbox One). Original arcade versions are included for every game except for Baseball Stars and Crystalis (never released in arcades), which run on home console versions. Console ports of some other games are included.