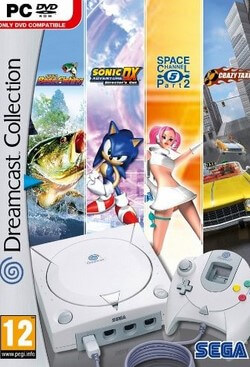 Dreamcast Collection is a video game compilation developed and published by Sega for Xbox 360 and Microsoft Windows. A PlayStation 3 game was planned but cancelled for unknown reasons.

The original collection includes four games from the Dreamcast: three which were also part of the Sega All Stars budget range, plus Space Channel 5: Part 2, released simultaneously for the Dreamcast and PlayStation 2 in Japan, then later released exclusively for the PlayStation 2 outside of Japan. All games released in the bundle are available for purchase separately on the Xbox Live Arcade, PlayStation Network and Steam. A retail release was originally listed for release on the PlayStation 3, but it has not been released.

Dreamcast Collection was later reissued on July 22, 2016 for Steam, adding two games. The games can be purchased either collectively or individually on Steam.