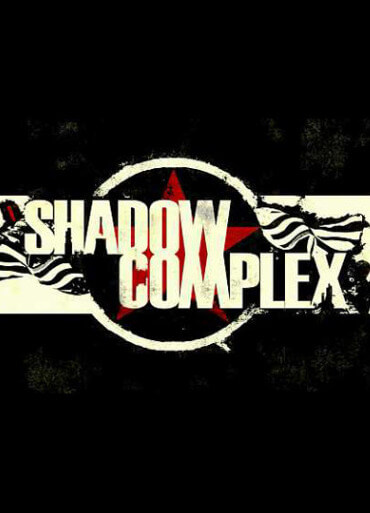 Shadow Complex is a platform-adventure video game developed by Chair Entertainment in association with Epic Games and published by Microsoft Game Studios for the Xbox 360 through Xbox Live Arcade in 2009.

The original script of Shadow Complex was written by Peter David. The game follows Jason Flemming and his new girlfriend Claire, who opts to explore some caverns the two stumble across. When she does not respond to his calls, Jason follows her. He finds a massive underground complex with soldiers and high-end technology. Jason must rescue Claire and discover the plot behind the faction operating the complex. The game, inspired by the Metroid series, is a 2.5D Metroidvania-style game where the player controls Jason through the underground complex, defeating hostile forces, and finding various power-ups that enable further exploration of the complex.

Shadow Complex's reception has been positive. It has received and been nominated for several Game of the Year and Editor's Choice Awards. Critics praised the gameplay, narrative and graphics, with several reviewers also stating that it was fairly priced. It also broke all sales records for Xbox Live Arcade titles, selling over 200,000 units within the first week of release and as of year-end 2011, has sold over 600,000 copies. A Remastered version was released for Microsoft Windows in December 2015, for Xbox One in March 2016 and for PlayStation 4 in May 2016. A limited physical printing of 7,500 for the PlayStation 4 was released on August 19, 2016 through Limited Run Games.

Shadow Complex is presented in 2.5D format; the game world is fully three-dimensional, but the player can only move in two dimensions, simulating the environment of a classic side-scrolling video game. Enemies can, however, move in any direction, and auto-aim is utilized to allow the player to fire at nearby enemies or objects both inside and outside of the 2D plane. The player can use the right control stick to aim with a laser sight. Gameplay in Shadow Complex was inspired by Super Metroid and Castlevania: Symphony of the Night. The gameplay takes many cues from Metroid: the player can move freely throughout the expansive game world, defeating enemies with a variety of weapons, and as they overcome challenges, they gain new abilities and weapons which allow them to reach new areas.

In addition to the main campaign, a number of challenge levels, called "Proving Grounds", are available, generally requiring the player to make it to the exit of a room using a limited set of items and health. Players are ranked based on time of completion and any scoring objectives when they complete the level. Scores and other statistics from the main campaign and the training group are tracked via online leaderboards.

Epic Games indicated during an E3 interview that the game runs parallel to the events in the Orson Scott Card novel, Empire, and that the game will dovetail with the sequel to the book, Hidden Empire. Empire is a Chair-owned intellectual property that was licensed to Orson Scott Card to create a series of novels, though Card did not work on the game itself.

Jason Fleming (voiced by Nolan North) and his new girlfriend Claire (voiced by Eliza Jane Schneider) are backpacking in the Olympic Mountains when they come across some caverns. Claire opts to explore them, saying she used to go there as a child, but when she does not respond to Jason's calls, he follows her. He comes across a massive underground complex manned by numerous soldiers with high-end technology. He manages to follow men dragging Claire through the complex and is able to rescue her. However, both have heard discussion among the soldiers about their group, the Progressive Restoration, which appears to be ready to launch attacks across the United States. Jason escorts Claire to the entrance to allow her to contact authorities, while he uses stolen high-tech devices to further infiltrate the complex and learn more.

In the complex's control room, Jason meets Commander Lucius (voiced by Graham McTavish), the leader of the Restoration, who reveals a long-term goal of inciting a civil war in the United States, allowing their group to take control. Lucius further reveals that they have already assassinated the Vice President of the United States, and are now planning to launch an airship to attack San Francisco, California. Jason destroys the airship using the Restoration's nuclear missile platforms, and corners Lucius before he can escape. Furious, Lucius threatens Jason and his loved ones, declaring that the Restoration will kill "everyone you've ever known." When Jason prepares to kill him, Lucius is shot in the head by Claire, who has arrived by a helicopter. She reveals to Jason that she is with the National Security Agency, and that she was investigating the Restoration. Claire had gotten romantically close to Jason after identifying him as a person capable of completing the infiltration of the base. Initially appalled by her deception, Jason departs the area with Claire, visibly amused.

The story is continued in the novel Empire, in which the President of the United States is dead and the civil war is about to start. A non-canonical ending is also available midway through the game, where Jason can escape the complex and leave Claire to her fate. Jason is seen driving away in the Jeep and commenting "Eh, plenty of fish in the sea."