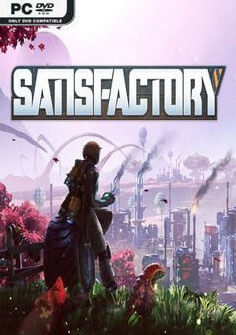 Satisfactory is a simulation game created by Coffee Stain Studios. It is a 3D first-person open world exploration and factory building game. As an engineer, the player is dropped onto an alien planet with a handful of tools and must harvest the planet's natural resources to construct increasingly complex factories for automating all resource needs. The general goal is to build the Space Elevator and begin supplying the company the player works for (Ficsit) with increasingly numerous and complex components for their unknown purposes.

The factory-building aspect of Satisfactory has been described as a first-person version of Factorio. Unlike some other open world games like Factorio, the Satisfactory world is pre-generated, i.e. not procedurally generated. The world is 30 km2.

Within three months of its release on early access, over 500,000 copies had been sold.