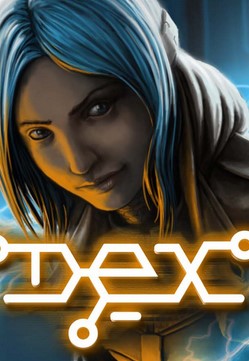 Dex is a side-scrolling action role-playing game developed and published by Dreadlocks Ltd. The game was crowdfunded on Kickstarter, and was released in 2015.

Dex is a 2D side-scrolling platform game focused on exploration and non-linear gameplay, more like a Role-playing game. The player controls the eponymous character, Dex, and receives quests from NPCs. Every quest has multiple possible solutions and it is up to player which of them to choose.

The player receives experience points for every quest completed or enemy killed. Experience points grant skill points that can be invested into the character's skills. Skills include fighting, shooting, hacking, and lock-picking.

The story follows Dex, a young woman living in Harbor Prime. Harbor Prime is a city controlled by corporations that are integrated into a secret authority known as the Complex. Dex becomes a target of the Complex that sends its assassins to her. Dex is saved by a hacker known as Raycast who guides her to safety. Raycast reveals that Dex is the "fragment of Kether." Kether was the supreme Artificial Intelligence program created by the Complex. It was shut down when the Complex lost control of it. Dex becomes part of resistance against the Complex.

The game was announced at the Game Developers Session 2012 and originally scheduled to be released in 2013. In late 2012, developers started a Kickstarter campaign, which started on November 12 when the studio asked for £14,000. The amount was reached a week later and in the end the game was pledged £30,647. On November 4, 2012, Dex was greenlit for Steam.

A physical version produced by publishers PQube and BadLand Games for the PlayStation 4 console was released on July 29.

Dex received mixed reviews upon its release. Arcade Sushi praised the gameplay system which "combines expressive 2D sprites and nostalgic platforming with some grade-A, modern action-RPG." It also praised the story and its familiarity to Deus Ex and Shadowrun. On the other hand, the save system was criticised as was the journal system. The review also mentioned some minor bug, but was overall positive and called Dex a "solid game worth investment." Czech server Zing praised the atmosphere of the game world and the story along with the soundtrack. Side-quests that include possibility to make a decision also gained praise. However, it criticised the amount of bugs and noted that Dex should have stayed in Early Access for a bit longer. Dex won the Czech Game of the Year Award for artistic contribution to Czech video game output in 2014.