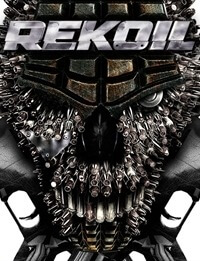 
Rekoil (working title Rikochet) is a multiplayer first-person shooter video game developed by Plastic Piranha and published by 505 Games. It features downtrodden "Minutemen" pitted against their oppressors, Darkwater Inc, in a world where the only goal is to survive the unrelenting pandemic that has swept across the globe.

On 1 October 2012, a closed beta for Rekoil launched. The game was also on the Steam Greenlight Program.

Paul Tamburro from Game Revolution gave the game a 4/10, praising its gameplay, but criticizing its frame-rate issues during launch, prominent balancing issues in multiplayer matches, poor map design, and poorly detailed character models. He also cited that such issues have made the game's servers under-populated. He stated that "It is impossible to recommend Rekoil, a game which is swiftly heading towards stagnation before it ever had a chance to prove itself."

Ian Bonds from Destructoid gave the game a 2.5/10, praising the game mode Rekondite, but criticizing the lack of a single-player campaign, poor weapon accuracy and controls, generic-looking maps, and uninspired character models. He stated that "What Rekoil tries to do to make itself stand out it fails at, and the one aspect every shooter should have -- competent shooting -- just isn't there. There is literally nothing to justify the $15 price-point".

Dan Ryckert from Game Informer gave the game a 2/10, criticizing uninspired game modes, classes and maps, dated visuals, long loading times, poor voice acting, numerous bugs, lag and crashing issues, low replay value, poorly-designed spawn points, as well as the lifeless community. He stated that "There is no reason to ever play Rekoil. If you were to compile a list of the most overused elements of multiplayer FPS from the dawn of the genre to today, Rekoil would be a much crappier version of what you’re imagining."