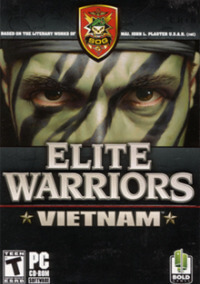 The game simulates the "Black Ops" special operations of the classified MACV-SOG formations during Vietnam War. It was developed in cooperation with the famous MACV-SOG veteran John L. Plaster.

Erik Wolpaw of GameSpot gave the game a score of 5/10, criticizing the game's lack of variety in its level design and gameplay. Jason D'Aprile of G4 gave the game 2 stars out of 5, praising it for its authenticity and sound design but criticizing it for its mediocre graphics, AI, and level design. Michael Lafferty of GameZone was slightly more positive in his reception of the game, giving it a score of 6.3/10, praising its environmental design but criticizing for technical issue.