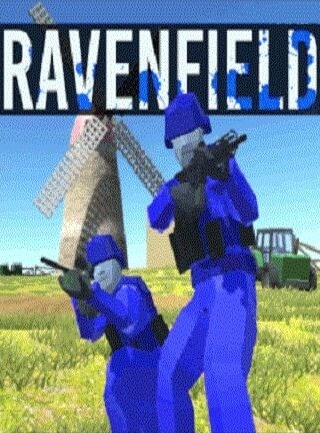 Ravenfield is a first-person shooter game developed by Swedish programmer Johan Hassel, who goes by the pseudonym SteelRaven7. It was released on 18 May 2017 as an early access title for Windows, macOS and Linux. The game incorporates rag-doll-like physics, with many options to give users the ability to control the AI, including a 'battle plan', and many other game factors such as AI count. Ravenfield consists of multiple team game modes that revolve around capturing check points and gaining the most points by killing the enemy team. The game pays homage to large scale multiplyer first-person shooter games such as the popular Battlefield franhise and Battlefront 2 (2005). As such the game has a focus on large scale maps and vehicle based combat with the teams controlling the more powerful vehicle spawn points often gaining the advantage in battle. The game is available on Steam and is currently in Early Acces although it is reaching the end of its development. The game also supports mods VIA the Steam Workshop, with creative users making up for the lack of a single player campaign by designing their own maps, factions, and vehicles; the most famous of which is Project Altirus which is based around an alternate 1920s setting. A second mode has been released, titled Conquest, that mixes the preexisting elements of large scale combat with turn based strategy, similar to the Galactic Conquest mode seen in Battlefront 2 (2005).

Nathan Grayson of Kotaku called Ravenfield "glitchy" and "barely functional in some places", pointed out its ability to support a high number of computer-controlled players and expressed fascination with its good reception by players on Steam. The game supports Steam Workshop, and modifiers from the community have added new weapons, vehicles, maps, and features that add to and expand the game's vanilla feel, which was well received by players.

Ravenfield now supports multiplayer with the addition of a mod on Steam.