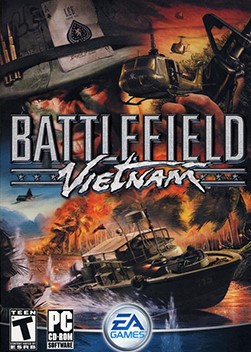 Battlefield Vietnam has the same point by point objectives of Battlefield 1942; in most maps, the objective is to take Control Points around the map to enable friendly players and controllable vehicles to spawn. Like other Battlefield games, Spawn tickets play a vital role for defeat of a Team. Battlefield Vietnam features a revolutionary form of asymmetrical warfare gameplay. The two teams (U.S. or North Vietnamese) are given wildly different kits and vehicles, making the U.S. rely more on heavy vehicles and the Vietnamese rely more on infantry tactics. The U.S., for instance, will get heavy tanks, helicopters, and bombers, while the Vietnamese are forced to rely on anti-tank/anti-aircraft weapons in order to stop the U.S. side. This gameplay was intended to reflect the actual conditions of the war. The inclusion of a "Sipi Hole" for the Vietnamese – effectively a mobile spawn point, representative of the vast tunnel networks the Vietnamese used in the actual war – did a great deal to balance the gameplay.

Battlefield Vietnam features the United States, with Marines, Army and the Navy, South Vietnam with Army of the Republic of Vietnam and North Vietnam with the Viet Cong.

Built on a modified Battlefield 1942 engine, Battlefield Vietnam has many new and improved features from its predecessor. The game gives the player a variety of weapons based on the war. Various contemporary weapons and concepts are featured such as the AK47 assault rifle and punji stick traps. It also has several additions to it, such as air-lifting vehicles and, while in a vehicle, playing the vehicle's radio, which featured 1960s music. Players can replace the vehicle soundtrack with their own music tracks. Players are able to fire from the passenger sides of vehicles, rather than leaving the player defenseless. The game is the first in the Battlefield series to utilize a 3D map, allowing players to see icons that represent the position of control points or friendly units, giving the player an increased situational awareness.