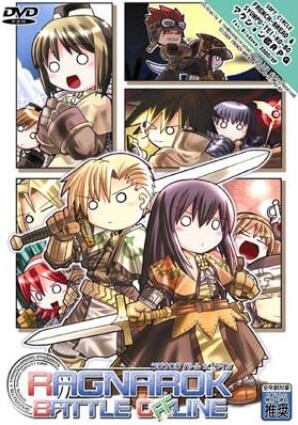 Ragnarok Battle Offline is a beat 'em up game for Microsoft Windows created by dōjin soft developer French-Bread. The soundtrack is composed by Raito of Lisa-Rec. It is a homage and a spoof of the massively multiplayer online role-playing game Ragnarok Online created by South Korean developer Gravity Corporation.

Since April 14, 2007, the game has been digitally distributed through Melonbooks DL.

Though primarily a beat 'em up game, Ragnarok Battle Offline also contains some role-playing elements. The player creates a character from one of six basic classes and one unlockable class, allocate points to the character's stats and skills, and enter one of the stages. Up to three people can play at once, using the keyboard, joysticks or gamepads.

I Am Bread
hit
upd
new