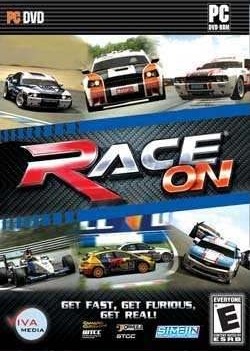 Race On is an expansion pack to RACE 07 developed by SimBin Studios (later Sector3 Studios) and adds the 2008 World Touring Car Championship season, the International Formula Master series and some American Muscle Cars in both road and race-tuned versions to RACE 07. It was released internationally on October 16, 2009. It is available as a stand-alone game including Race 07 as well as its previous expansion pack STCC - The Game (which was only release as a boxed copy in Scandinavia) and as an add-on pack to those who already have Race 07 and/or STCC - The Game.

Two brand new American tracks (Laguna Seca and Road America) will be included in the game, as well as a considerably higher number of races from America itself. To accompany the 2008 WTCC cars, updated versions of the 2006 & 2007 tracks featured in RACE 07 are included, plus the new circuit for that season, Okayama.

Race On received mixed reviews, scoring a Metacritic average of 73%.

IT Reviews commented that “Race On is a good value for money package, with a colossal number of cars and tracks on offer if you've not got the original game.” However, it added that for those who already own Race 07, all you get is “new muscle cars to play around with, and the Swedish championship”, which makes it a “slightly less compelling purchase for them.”

PC Gamer magazine in the UK agreed broadly with this, saying: “It's not bad value if you're new to Race 07, but is perhaps a raw deal for those who own the base game.”

(0) Comments on "Race On Full Version"