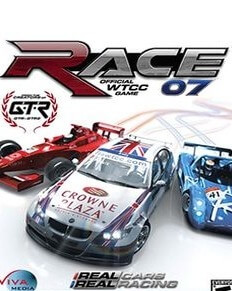 Race 07 is a racing simulator computer game from SimBin Studios (later Sector3 Studios). The game is the sequel to the 2006 title Race – The Official WTCC Game. Like the original Race, the title is officially licensed by the World Touring Car Championship (WTCC).

Race 07 features more than 300 cars in nine different racing classes. Race 07 includes the full 2006 and 2007 seasons of the FIA World Touring Car Championships (FIA WTCC) as well as 8 more classes on 14 tracks from all over the world.

Multiplayer is only available with installation of the Steam client and registration for an account with Steam.

The game was moderately-well received by critics. IGN stated that the game was "not as likely to win over a casual racer, because little was done to cultivate new hardcore sim racing fans here." PC Format, Eurogamer, Boomtown and PTGamers all agreed that "visuals aren’t the main attraction of the game", while PC Zone criticised the AI and crash damage. GameShark and AceGamez praised the longevity.

It has since spawned nine expansion packs: GTR Evolution, STCC – The Game, Race On, Formula Raceroom (free of charge), STCC – The Game 2, GT Power, WTCC 2010, RETRO and the final expansion to the series, Race Injection.

Formula Raceroom is a free add-on pack to RACE 07 developed by SimBin and adds a Formula One style car and Hockenheimring circuit to the original game. It was released on March 18, 2011.

STCC – The Game is an expansion pack that features the 2008 Swedish Touring Car Championship season and its support series, the Camaro Cup.