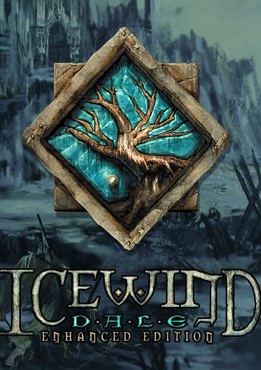 Icewind Dale: Enhanced Edition is a remake of the Black Isle Studios 2000 role-playing video game Icewind Dale and its expansions Icewind Dale: Heart of Winter and Trials of the Luremaster. Enhanced Edition was developed by Overhaul Games, a division of Beamdog, and published by Atari for Microsoft Windows, Mac OS X, Linux, iOS, and Android.

The game allows for an updated multiplayer feature, including cross platform, letting players play together regardless of the platform they played on. Much like Baldur's Gate: Enhanced Edition, Icewind Dale: Enhanced Edition features a revamped user interface and a new renderer. To enhance gameplay several different viewing modes are available, as well as touch commands for mobile editions. The enhancements include 60 new items and 30 class/kit combinations and the playable blackguard class, a feature first presented in Baldur's Gate II: Enhanced Edition.

On August 30, 2014, Beamdog announced that it would release an enhanced edition of Icewind Dale. It was to feature new content, widescreen compatibility, and continue to use 2nd Edition D&D rules. Due to its similarity in programming with the original Baldur's Gate, Icewind Dale was pitched by Beamdog's Overhaul Games to Wizards of the Coast to receive an enhanced edition. With the intent of announcing the game only a month prior to release, this was later changed, forcing the team to reveal it at the Penny Arcade Expo. The game was developed through use of an updated Infinity Engine, referred to as either the Infinity Enhanced Engine, Infinity Plus Engine, or the Infinity Bless Engine.

The game was released on October 30, 2014 for Windows, OS X and Linux computers through GOG.com, Steam and Beamdog's official website. The game was also released for Android on the same day of PC release. The iOS devices release was delayed to November 11 as Apple did not originally approve of placing it in the iOS App Store, citing partial nudity in the game's CGI intro.

Skybound Games, a division of Skybound Entertainment, plans to release Beamdog's remastered version to Nintendo Switch, PlayStation 4, and Xbox One on September 24, 2019.

All games from the serie "Icewind Dale"