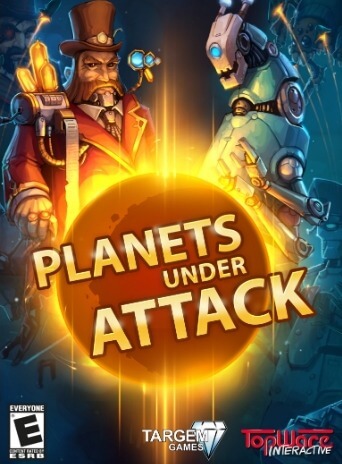 Planets Under Attack is a strategy video game inspired by Galcon and developed by Targem Games.

The game is a strategy adventure game. The aim is to conquer levels and to complete missions in the fight for dominance in multiple planetary systems. The player controls his own space fleet. Each level provides a diversity of goals, modes and difficulty levels. The player has to conquer an entire planet system before an infested planet hatches aliens, or conquer a planet and hold off all comers. Each mission offers three levels of difficulty, with each level unlocking additional challenges. The game mechanics are packed into missions like rotating asteroid belts, changing star constellations and varied objectives. By using tactics to complete objectives, the player will carve out his own niche in the galaxy and level up to new ranks. A technology tree enables the player to adapt his strategy to the game’s increasing difficulty. The right combination of technologies is often the difference between victory and defeat. Technologies affect planetary defense, ship performance, and other boosts.

The French magazine Joystick rated the game 13/20, criticizing the game for its repetitiveness but praising its gameplay and intuitiveness.