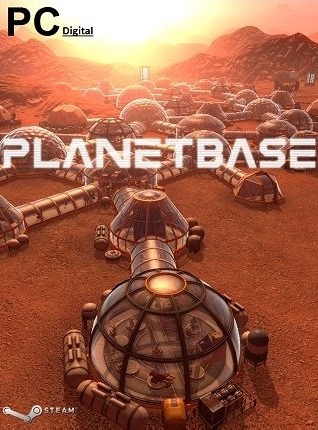 Planetbase is a space simulation and strategy video game developed by Madruga Works which was released on October 16, 2015 for Microsoft Windows, and January 8, 2016 for OS X. The game involves establishing a human colony on a distant planet and building an outpost to survive on the planet.

In the game you have to lead a group of space settlers who are trying to form a base on an isolated planet. You are given the role of base architect as well as manager. Now it’s up to you to make sure that they build the base in a place where they can survive and have a constant supply of food, water, and, most importantly, oxygen. You are responsible for guiding them to create a self-sufficient base where they can extract water easily and grow food for living. You will also direct them to mine different kinds of metal and manufacture robots. There are four different planets that can be colonized - each of them has different conditions and an increasing difficulty level. These planets are the Desert Planet, Frozen Planet, a Barren Moon, and Storm Planet. You have to manage the flow of new people coming to your colony and make sure that only people with some useful skills come to the planet. The most useful people are engineers, workers, and guards. Robots can be constructed to complete the more monotonous tasks. Between all this you also have to survive natural disasters like sandstorms, solar flares, blizzards, and meteors. There are 29 different structures to be built, 5 types of human workers, and 3 types of robots to be built. There are 10 milestones to be completed and eight techs that can be bought from traders.

The game scored a 70 out of 100 based on reviews from 4 critics on Metacritic.