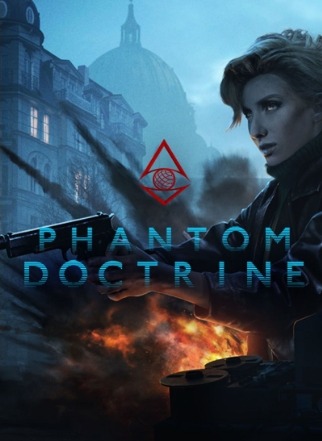 Phantom Doctrine is a strategic turn-based espionage thriller game developed by Polish studio CreativeForge Games and published by Good Shepherd Entertainment in 2018. Players take on the role of an agent leading a counter conspiracy force to combat the conspiracy group known as Beholder.

Set during the Cold War, players take on the role of a CIA, KGB or Mossad agent who is drawn into a global conspiracy. Eventually they will find themselves leading a counter-conspiracy to stop the group known as Beholder.

Phantom Doctrine is divided into two parts, base management and missions. During base management, the player manages resources and builds new facilities while managing agent deployment and agent assignments. Missions are handled turn based.