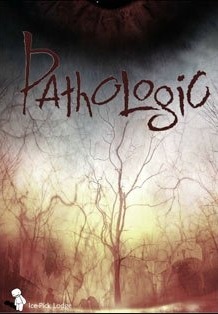 Pathologic (Russian: Мор. Утопия, tr. Mor. Utopiya, IPA: mˈor. ʊtˈopʲɪjə, lit. 'Pestilence. Utopia') is a 2004 psychological horror adventure survival role-playing video game developed by Russian game studio Ice-Pick Lodge. It was published in Russia, and other CIS countries, by Buka Entertainment. The game was published in Europe on 18 August 2006 by G2 Games. An updated version of the original game titled Pathologic Classic HD, featuring a new English translation, updated graphics, and enhanced compatibility, was developed by General Arcade for Microsoft Windows, and was released on 29 October 2015, being published by Gambitious Digital Entertainment and Devolver Digital. A full scale remake of the game in Unity under the title Pathologic 2 was released in 2019.

The game is about three characters who are mostly known by their nicknames: two men, Bachelor (Бакалавр) and Haruspex (Гаруспик), and a girl nicknamed Devotress (re-translated to "Changeling" in the "Classic HD" version) (Самозванка). Each of them tries to uncover the source of a strange lethal sickness known as the "sand plague" that has befallen a small town. Although players can play as each of them, there is only one storyline, which is seen from different points of view depending upon the chosen character. The ability to uncover some secrets depends on which character is being played and the characters also interact with the other two unchosen characters and discuss their progress over the course of the game.

The game takes place in a perpetual world over a time frame of 12 in-game days. Throughout each day, the player receives quests from non-player characters (NPCs); however, the game continues regardless of whether they are completed or not. At exactly midnight of each day, the incomplete quests are erased from the player's notebook. Quests are divided into main missions (one per day), which decide if a major character will die, and side quests, which earn money and items. Completing main quests is essential to discovering the secrets of the town, as characters can fall ill from the plague early in the game who would otherwise reveal information later in the game.

The player's other goal is simply to survive to the end of the 12 days by maintaining various resources. The game's fluctuating economy represents the harsh forces of supply and demand in an isolated, disease-ridden town.

On the edge of town, there is a great building named Polyhedron (Многогранник), a physically impossible structure used as a fortress by children. On the opposite side lies an ominous cattle-slaughtering Abattoir, with the Apiary (re-translated to Termitary in the "Classic HD" version) next to it. All districts and major buildings of the town are named after body parts and biology.

Pathologic was critically well received, winning five major Russian awards. However, its reception in English-speaking countries has been varied, being both praised for its remarkable atmosphere and concept while equally panned for its poor translation, outdated graphics and slow gameplay.

Since release, the game has become a cult classic, with Rock, Paper, Shotgun notably writing a 3-part article on the game describing it as "the single best and most important game you've never played."