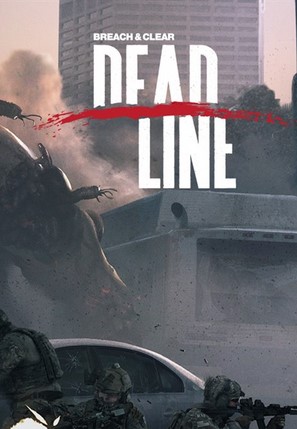 In the game, players control a squad of four United States Army Special Forces soldiers trapped within a desolated city populated with zombies. Throughout the adventure, the group searches for survivors whilst fighting off hoards of infected and human mercenaries. Each of the four main characters may be controlled individually. The game is an open world title with the player being able to explore the whole city, looking for items, survivors and missions. Crafting and upgrades are present, allowing the troops to upgrade their gear for better features and sustainability in combat. A leveling system also exists.

The PlayStation 4 received a small physical print run through Mighty Rabbit's subsidiary, Limited Run Games. 3,000 copies were produced and sold on the distributor's website on July 29, 2016, six days before the game was released on the PlayStation Store.

On November 17, 2016, an updated version of the game, entitled Breach & Clear: Deadline Rebirth, was released, which overhauled most of the game's aspects and removed the online co-operative mode.

Breach & Clear: Deadline received mixed reviews upon release, contrary to the generally positive scores its predecessor was awarded. IGN Italia gave the Windows version a 7.2. Reviewer Francesco Destri applauded the tactical gameplay and "exciting" dungeon crawling but took issue with the controls and team management of the four-man party.

The PC version currently has a score of 62/100 on MetaCritic based on eight reviews.