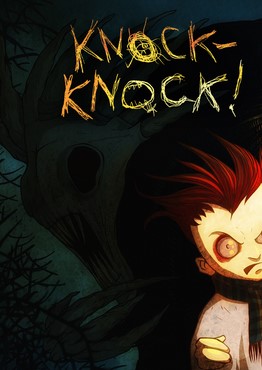 Knock-Knock is a 2013 survival horror video game developed and published by Ice-Pick Lodge. It takes place in a two-dimensional side-scrolling environment.

The developers claim that Knock-Knock's design was sent to them by an outsider, and that the production followed his outline. Its lead designer within Ice-Pick was Nikolay Dybowski. The team based the game's design on the concepts of "obscurity and inevitability", which the company's Vasily Kashnikov called "the two greatest fears". Dybowski remarked that Ice-Pick had to remake "the game twice from scratch" before it managed to strike the right tone.

Knock-Knock was funded through a successful Kickstarter campaign. The game's computer version received "mixed or average reviews" from critics, according to the review aggregation site Metacritic.