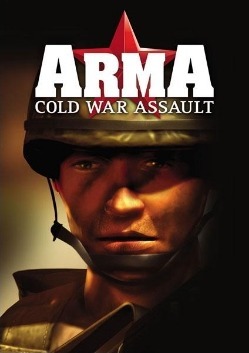 This release does not include the Red Hammer expansion, which was developed by Codemasters. The game uses the same engine, Real Virtuality, as the military simulator VBS1.