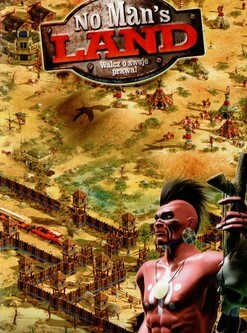 No Man's Land also known as No Man's Land: Fight for your Rights!, is a 2003 real-time strategy video game for Microsoft Windows developed by Related Designs and published by CDV Software.

The game is set in the new world where you can play as one of the six factions. Playable factions are the English, Spaniards, American Patriots, American Settlers, Woodland Native Americans, and Prairie Native Americans. Every faction has its own strength and weaknesses and heroes. The single player contains three campaigns.

The game received mainly mixed to positive reviews. On Metacritic it holds an aggregate score of 70 out of 100, based on twelve reviews, On GameRankings it holds a score of 65.86%, based on fourteen reviews,

This Land Is My Land
hit
upd
new