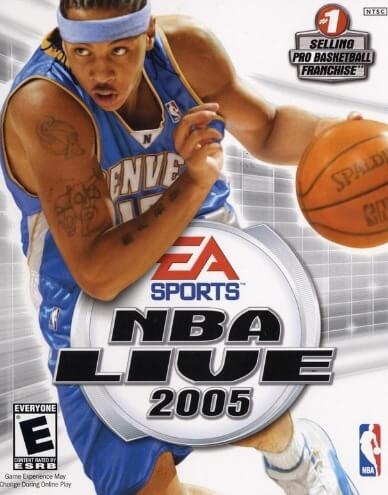 NBA Live 2005 is the 2004 installment of the NBA Live video games series. The cover features Carmelo Anthony as a member of the Denver Nuggets. The game was developed by EA Sports and released in 2004 for PlayStation 2, Xbox, Nintendo GameCube, and Windows.

Create-A-Player. In this mode, gamers can create their own player and can customize the looks, shoes, and the college attended of the fictitious created player.

By July 2006, the PlayStation 2 version of NBA Live 2005 had sold 1.6 million copies and earned $54 million in the United States. Next Generation ranked it as the 24th highest-selling game launched for the PlayStation 2, Xbox or GameCube between January 2000 and July 2006 in that country. Combined sales of NBA Live console games released in the 2000s reached 8 million units in the United States by July 2006.

The game received "favorable" reviews on all platforms according to video game review aggregator Metacritic. In Japan, Famitsu gave the PlayStation 2 version a score of 32 out of 40.