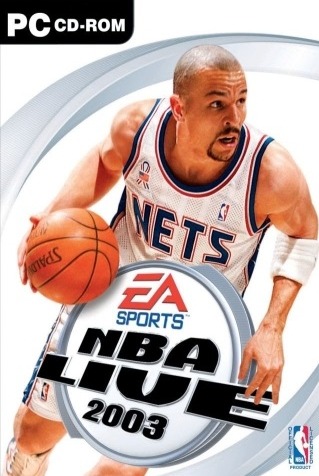 NBA Live 2003 is the 2003 installment of the NBA Live video games series. The cover features Jason Kidd as a member of the New Jersey Nets. The game was developed by EA Sports and released on October 8, 2002 for the PlayStation, PlayStation 2, Xbox, and GameCube consoles and November 14, 2002 for Microsoft Windows. The game includes a soundtrack, which is the first video game soundtrack in history to be certified Platinum by the RIAA, selling over 1,300,000 copies worldwide.

The game received "favorable" reviews on all platforms according to video game review aggregator Metacritic. In Japan, were the PlayStation 2 version was released on November 28, 2002, Famitsu gave that console version a score of 32 out of 40.