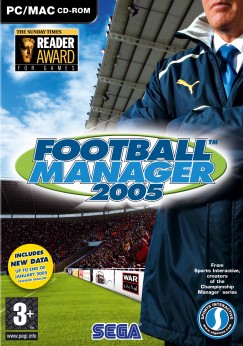 Football Manager 2005 was banned in China when it was found that places such as Tibet and Taiwan were included as separate countries in imported releases. China banned the game because it felt that it "threatened its content harmful to China's sovereignty and territorial integrity ... that seriously violates Chinese law and has been strongly protested by our nation's gamers". Sports Interactive published a statement in reply, reporting that a Chinese version of the game (complete with Taiwan included as part of China) would be released. They also stated that the offending version was not translated into Chinese as it was not supposed to be released in China. The offending games were believed to have been imported or downloaded, written to CD and boxed to be sold in illegal software shops in China.