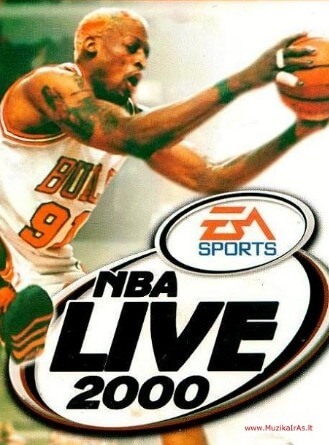 NBA Live 2000 is the 2000 installment of the NBA Live video games series. The cover features Tim Duncan of the San Antonio Spurs. The game was developed by EA Sports and released on October 31, 1999. Don Poier is the play-by-play announcer with Reggie Theus on color commentary. A release of the game for the Game Boy Color was planned, but cancelled. The game features Michael Jordan in his first official appearance in the series. The PC version of the game introduced EA's "Face in the Game" feature, allowing players to use custom facial photographs on created players. It was also the final NBA Live game released for Nintendo 64. NBA Live 2000 is followed by NBA Live 2001.

Take on Legendary NBA Players: All-Star teams from each of five past decades. Play with the Legends 1-on-1 or 5-on-5.

Play with Michael Jordan: Go 1-on-1 in a street court duel or play him on a Legends team.

Face in the game: Download your, or any face onto a player model and play with the pros. Create a whole team of you and your friends.

NBA Live 2000 was the first game to include legendary players, including Michael Jordan who made his first (official) appearance in the series.

One-on-One Mode made its debut in the game.

The game saw the debut of Face in the Game which gave players the opportunity to import a photo to be used as a cyberface for a created player.

The first (and last) game to feature the team of Don Poier and Reggie Theus on commentary.

The game received "favorable" reviews on all platforms according to video game review aggregator GameRankings.

The editors of PC Gamer US nominated NBA Live 2000 for their 1999 "Best Sports Game" award, which ultimately went to High Heat Baseball 2000. They wrote that NBA Live 2000's "on-court play is the best in the business thanks to a major improvement of the computer AI, and the franchise mode is as much fun as the actual gameplay."