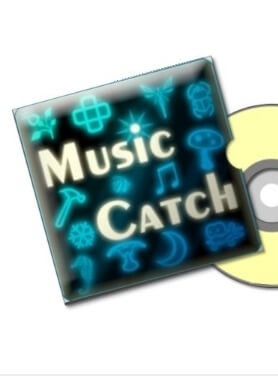 Music Catch is a music game available for the iOS, Mac OS X, and Windows platforms by Reflexive Entertainment. The fairly simple gameplay is centered on catching, with the cursor, different colored falling shapes that appear on screen in sync with the music playing in the background; shapes of some colors grant extra points while touching red notes incurs penalties. Music Catch has attained great popularity among flash gaming sites such as Kongregate.

The song featured in the online version is titled "Before Dawn" and was written by Music Catch's developer, Isaac Shepard.