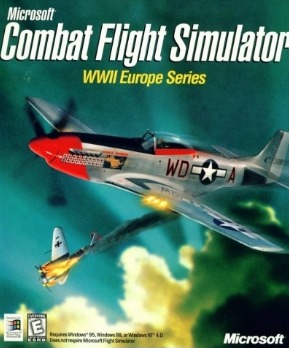 Combat Flight Simulator features 6 modes, Free Flight, Quick Combat, Single Missions, Campaigns, Multiplayer, and Training Missions. Free Flight allows players to fly around the entirety of Europe. Quick Combat puts the player into the air against waves of AI opponents. Single Missions are missions where you have to take-off to complete tasks, before landing. Campaigns are more elaborate mission sequences. Multiplayer was a mode that allowed you to fly online with other players, fly in formations, and engage in dog-fights. Training Missions are missions that teach you dogfighting techniques and the basics of flight.

Combat Flight Simulator was a commercial success. It was the United States' 19th-best-selling computer game during the first half of 1999, and totaled 260,708 sales and $10.8 million revenues in the country by that October. The game's defeat of its direct competitor, Jane's WWII Fighters, contributed to the end of Electronic Arts' Jane's Combat Simulations brand.