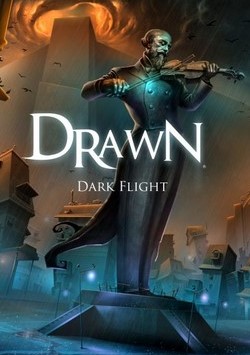 
Drawn: Dark Flight is the second installment in the Drawn series. Collector's edition of the game was released on September 1, 2010 and standard edition on October 2, 2010. It was first released on Windows and OS X and later on October 6, 2011 for iOS. It continues where the previous game leaves off, with Iris having escaped the Tower and still in need of help. The player must explore the Kingdom of Stonebriar and help Iris light the three beacons, so that she can become Queen of the kingdom and dethrone the dark King.