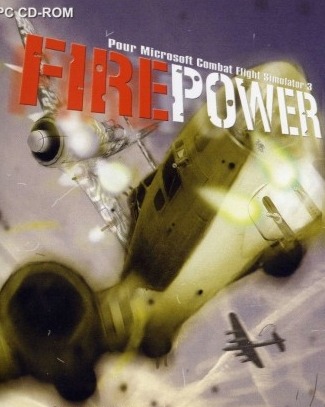 What's interesting in Shockwave Production's add on to Microsoft Combat Flight Simulator 3: Battle for Europe is the vast increase in the amount of available World War II military aircraft in the European Theater of Operations. Also there are 4(or 5 with a free patch) new bombers in which the player can man different aircrew positions.

It can be very interesting to use the bombsight to drop newly added ordnance onto a target like the Little Boy, Fat Man, German radiological dirty bombs or the Tallboy bomb. However some of these aircraft are hypothetical especially the German designs some of which never saw aerial combat during World War II. So is the German ordnance hypothetical as well. Another feature in this add on is that you can fly bombers in a formation, with FLAK effects when under enemy anti aircraft fire. Twenty-five missions of the Memphis Belle B-17 Flying Fortress are included in this add on. One thing that's lacking though is a sophisticated simulation of the Norden Bombsight which B-17 Flying Fortress the Mighty 8th has a decent representation of albeit not fully emulating the Norden computer, it's gyrostabilizer and ancillary equipment. Instead the Bombsight in Firepower is fixed but it is functional. Even so, this is workable in the simulation add on with a fixed sight but it takes a lot of practice. Firepower is one of the most popular add ons to Microsoft Combat Flight Simulator 3.