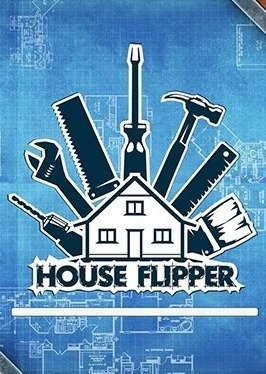 House Flipper is a simulation game that was developed by Polish indie studio Empyrean and released by Playway S.A. through Steam. It was released on May 17, 2018. It became a bestseller on Steam.

Gameplay involves fixing up properties in order to create a profit. Tasks that can be performed include painting, laying down tile, cleaning, installations, and demolition. Players can fix and personalize their own homes, fix houses in quests and buy houses to fix and sell.

House Flipper received "mixed or average reviews" according to review aggregator Metacritic, with multiple reviewers commenting that fixing up the homes is satisfying while questioning its long-term playability. Kotaku reviewed the game, stating that they found it satisfying to fix up homes that are "often extremely gross or ugly" and that "Manifesting your vision of a decent, sellable house onto these garbage heaps feels amazing—especially because it happens on such a granular scale." Game Informer was more mixed, writing that "Flipping your first few houses is fun, but the game doesn’t have the scope or flexibility to stay interesting for long". PC Gamer was critical, stating that "There's a definite satisfaction in taking a gross room and making it look nice, and it's pretty cool that you can knock down (and rebuild) walls, but I just don't find the act of slowly and mechanically painting and cleaning much fun, especially with the knowledge that my actual house could do with a bit of that."

The game was nominated for "Game, Simulation" at the National Academy of Video Game Trade Reviewers Awards.