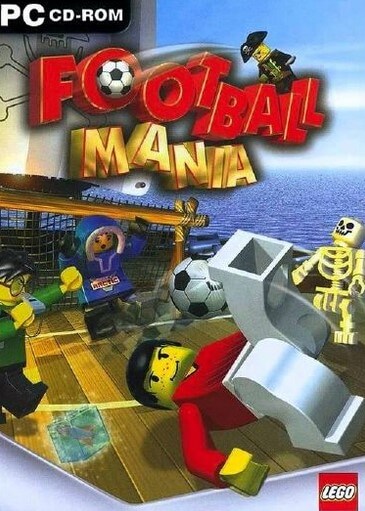 Football Mania (known as Soccer Mania outside Europe) is a Lego-themed sports game released on 18 June 2002 for the PlayStation 2, PC and Game Boy Advance. It was developed by Silicon Dreams and published by Electronic Arts and Lego Interactive, and was the first Lego game to be co-published by Electronic Arts, as well as the first to lack the "Lego" branding in the name.

The game features a simplified version of association football, with six players per side and no offsides, throw-ins, or fouls. There are many different maps for the game all with music and sounds. Teams and stadia within the game are based upon existing LEGO themes. Power-ups, such as speed boosts and shields, spawn randomly on the pitch during play. The game features a number of modes, such as quick match, exhibition, a knock-out tournament, and training, which doubles as a series of minigames.

Football Mania received mixed to negative reviews, with critics singling out the lack of depth to the game as its main flaw. It holds an aggregate score on GameRankings of 58% for the PlayStation 2, 51% for the PC, and 49% for the Game Boy Advance.