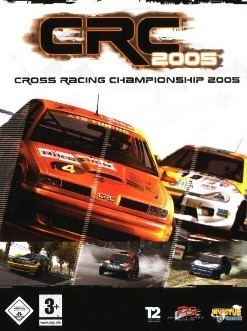 Cross Racing Championship Extreme 2005 (or CRC 2005) is a Motorsport game developed by Invictus Games, where the player begins its career as an amateur Autocross racer and races through 65 various racing events for ultimately becoming the "Cross Racing Champion". These 65 races includes: Autocross, Rallycross, Off-Road, Rally-Sprint, Rally, Road Racing and finally the championship ends in tough Circuit Racing. The prize is a Classic T8 super-car, which can get up to speeds of 280 km/h when the car is in stage 3.

Utilizing the next generation of the Invictus Engine which incorporates its new real-time physics module, Cross Racing Championship (CRC) will allow the player to experience the thrills of high-speed on and off-road racing across vast open terrains.

The player can contest over 60 races across six distinct environments, ranging from icy mountainous regions and lush countryside to parched desert areas and beaches. CRC will appeal to Rally fans and road-racing fans with its crossover approach to vehicles and race circuits.

The vehicles are fully user-customisable, both in their appearance and performance, using an intuitive and powerful interface. The game also features TV replay options and realistic sound effects.

AI drivers have the ability to learn the various tracks to offer the player a realistic and continually challenging racing experience.

AI drivers can react emotionally and can become angry or they can be afraid of the player and can be as unpredictable as human players.