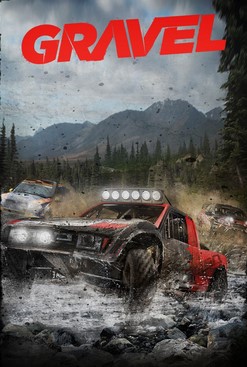 Gravel is a 2018 racing video game developed by Milestone srl and published by Milestone and Square Enix for Microsoft Windows, PlayStation 4 and Xbox One.

The game revolves around competing in a racing television program called Off-Road Masters. Each player must earn stars to move on to the next challenge.

Gravel has received mixed reviews since its release. Eurogamer Italy opined that Gravel is challenging and entertaining, but "not enough to compete with the best titles in the genre". Review aggregation site Metacritic gave the PlayStation 4 version an average rating of 67 out of 100 based on reviews from 30 critics.